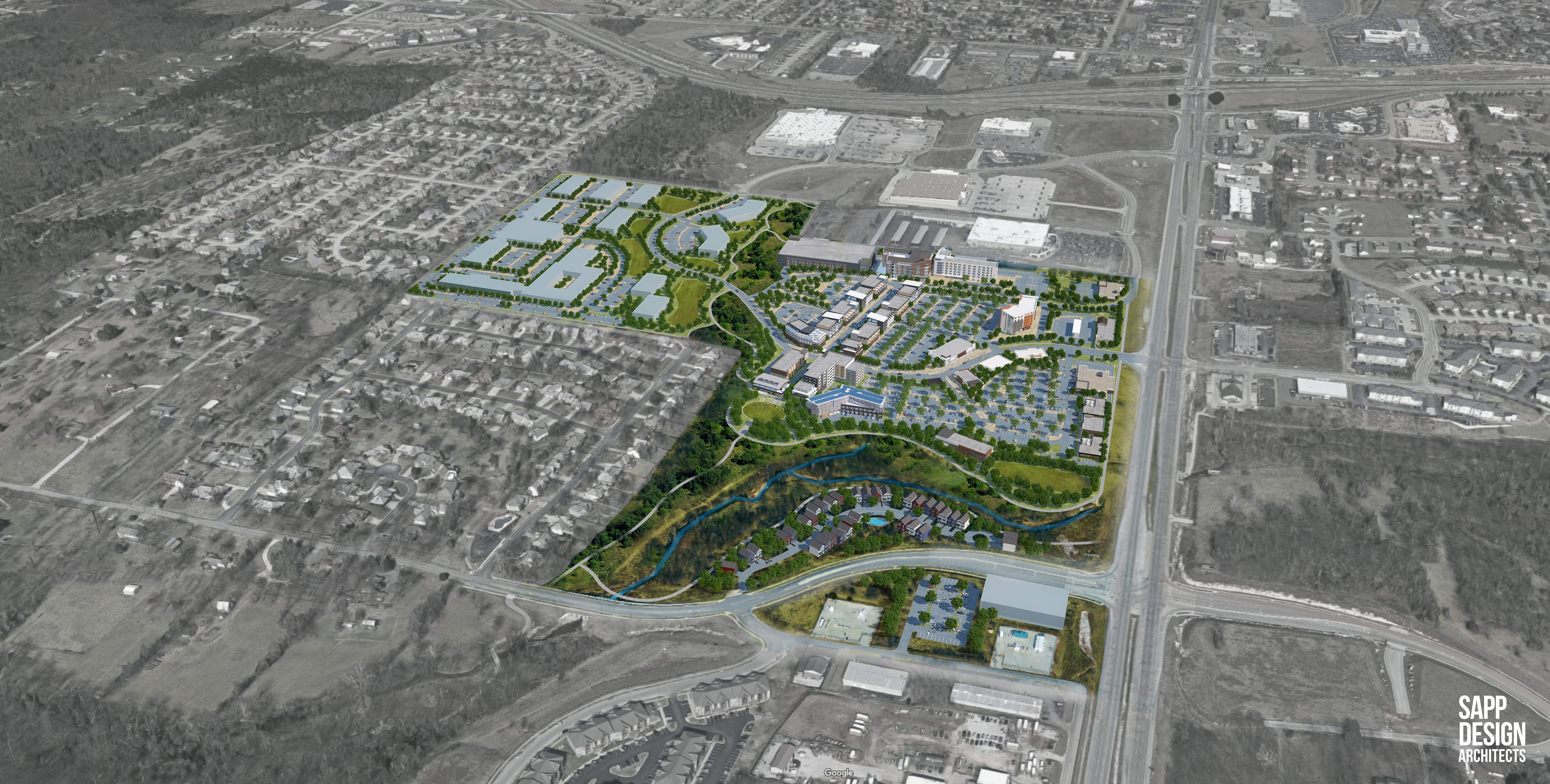 A 100-acre development estimated to be valued at more than $500 million when completed is in the planning stages for south Springfield.

Just south of The Library Center on Campbell Avenue, RW Developments is under contract to buy 94 acres of mostly vacant farmland from the Ward family. The acquisition of another 6 acres on the south end of The Library Center from the Springfield-Greene County Library District is in negotiations, Williams said, declining to disclose purchase prices.

Plans call for 60 acres of commercial space for potential tenants including restaurants, hotels, offices, retail centers and lofts, as well as bike trails and natural elements to form a park-like environment. On the back 40 acres, RW Developments plans to open a senior living continuum-of-care community.

“We’ve got a substantial amount of interest on the front end from tenants. We have quite a bit of office space that people have already put a lot of interest in,” he said. “It’s exceeded all of our expectations.”

Williams said RW Developments is targeting 2021 for completion of the 60-acre commercial end of The Ridge. He declined to estimate an opening date for the senior-living center, which relies on state approval for a certificate of need.

A rendering for The Ridge shows a development that wraps around The Library Center going south past Weaver Road. The area is south of the Campbell Avenue and James River Freeway interchange.

RW Developments, Williams said, would develop a portion of The Ridge and market the rest of the lots for sale to other developers.

“It’s hard to say right now. We may develop 30 percent ourselves, maybe even higher than that,” he said.

Sapp Design Associates Architects PC is the project architect for the development, with engineering work by Olsson Associates Inc. Williams said attorney Shawn Whitney of Spencer Fane LLP also has been instrumental in the front-end work.

Williams also is a co-owner in NAI Enterprise LLC with his father Brad and brother Titus, who earlier this week announced the entrance of the NAI Global real estate brokerage into Springfield and their newly formed company called Enterprise Commercial Group.